At a recent conference, John MacArthur said, “There is no case that can be made biblically for a woman preacher – period, paragraph, end of discussion.” On the contrary, those who believe women can be preachers could make the following case:

First, it is usually agreed that the primary role of a prophet is not to foretell the future, but to proclaim or preach the Word of God. In fact, a prophet, almost by definition, is a preacher of God’s Word. Take John the Baptist, for example. Jesus called him the greatest of the prophets and yet his ministry was one of preaching, not foretelling the future.  That being the case, it is important to note that Deborah was a prophet of God (Judges 4-5) as were four daughters of Philip the evangelist (Acts 21).

Another female prophet is found in Second Kings 22 (and 2 Chronicles 34). After years of idolatry and neglect of the Temple, King Josiah began to reform Israel and restore the Temple. In the process, the workmen found a lost book of the Law—most likely the book of Deuteronomy which contains curses for not following the Law. This was deeply concerning since Israel had departed from the Lord for so long. So Josiah, one of the godliest kings in Israel’s history, sent the High Priest and others—not to Jeremiah, Zephaniah, Habakkuk or Ezekiel, but to Huldah, a female prophet! God spoke to her and she proclaimed the Word of the Lord to the king.

Second, in Acts 2 Peter preaches to a large crowd and quotes from Joel 2 saying that the time will come when God will pour out his Spirit on all people and “Your sons and daughters will prophesy.” And then, as if to make the point even more clear, Peter, still quoting Joel, says, “Even on my servants, both men and women, I will pour out my Spirit in those days and they will prophesy.” Peter says that this prophecy was coming true in his own time, on the Day of Pentecost! The implication was that some women of God would prophesy (or preach) throughout the church age.

Third, numerous women had important roles in first century ministry. In Acts 18, Aquila and his wife Priscilla together instructed the biblical preacher, Apollos, more fully in the Gospel. This doesn’t say Priscilla was preaching, but she was certainly involved in teaching this prominent preacher.  Luke gives no indication that Priscilla was doing anything wrong and Paul apparently didn’t mind since he seems to tell both Timothy and the Roman church to welcome both Aquilla and his wife Priscilla (2 Timothy 4:19, Romans 16:3).

In Romans 16, Paul tells the Roman church to “Greet Tryphena and Tryphosa, those whom who work hard in the Lord.” These women were working hard in some kind of ministry. Paul also tells the Roman church to greet Junia who he says was “outstanding among the apostles.” This can either mean this woman was of such high reputation that even Jesus’ Apostles recognized her ministry, or that she was an “apostle” in the sense of one “sent out” to do ministry, in which case Paul recognizes her for her outstanding work.

Finally, in Romans 16:1 Paul tells the Roman church, “I commend you to our sister Phoebe, a deacon on the Church in Cenchrea.” When Paul says she was the “deacon” in the Church of Cenchrea, this is the same Greek word that the King James Version translated as “minister” when referring to Paul (Col. 1:23, 25; Eph. 3:7), Timothy (1 Timothy 3:2 ), Tychicus (Ephesians 6:21), and  Epaphras (Col. 1:7). Many scholars think it was pure male bias that led the King James translators to translate this word as “minister” when referring to men, but “servant” when referring to a woman (Phoebe).

If this is all we had, we would have to conclude that women are to preach, teach and minister God’s word right along with men. The problem is that there are, two places in the New Testament in which Paul tells women to keep silent in the church. One of them is 1 Timothy 2:12 which says, “I do not permit a woman to teach or to assume authority over a man;” she must be quiet.” The other one is First Corinthians 14:34 which says, “Women should remain silent in the churches. They are not allowed to speak, but must be in submission, as the law says.”

Many pastors in churches that I grew up in would simply emphasize what Paul says about women keeping silent in church and ignore everything else the Bible says. This is simply poor theology. Whatever we conclude on this issue, we must consider the whole Word of God and be consistent.

So those who think women should be allowed to preach in church would argue that both 1 Corinthians 14:34 and 1 Timothy 2:12 seem to be in the context of women usurping authority that does not belong to them.  For example, in the broader context of First Corinthians 11, Paul seems to be saying that in that culture, it was a sign of rebellion for a woman to pray or prophecy with her head uncovered—implying that it was acceptable for a woman to pray and prophecy in a worship service as long as she was submissive to authority as symbolized (in that culture) by having her head covered.

Some scholars would point out that First Corinthians was written to a church in Corinth and First Timothy was written to Timothy who was in Ephesus. Both of these cities had huge pagan temples in which women priests were accustomed to leading men in worship-orgies. Some scholars, therefore, speculate that when these women got saved, they joined churches and began taking over and usurping authority—because that is what they had been accustomed to do. That became a problem for churches in Ephesus and Corinth—which is why Paul only tells women to be quite and not to usurp authority in those two letters. In this view, Paul was addressing a specific problem in two specific churches—not telling Christians at all times and in all cultures and under all conditions, that women should always be silent in the worship services.

Some scholars would also point out that these passages seem to be cultural (in other words, intended to address a specific cultural issue in a specific place and time)—not something that would be valid in all times and all cultures. So for example, the verses right before First Corinthians 14:34 prohibit women from wearing gold or pearls or expensive clothes. Earlier in First Corinthians, Paul insisted the women must wear head coverings in church. Most churches I grew up in prohibited women preachers but did not require women to wear headgear and did not prohibit them from wearing gold, pearls or expensive clothes. This seems a bit inconsistent.

My personal position is this: Whatever we conclude about this issue, we cannot just pick two passages (1 Corinthians 14:34 and 1 Timothy 2;12) and ignore everything else the Bible has to say about this topic. We should also be consistent. For example, if we are to take the passage about women keeping silent in church very literally, then at our church we would need to insist that women no longer participate in singing or making prayer requests during the worship service.

It seems to me that God has put women (like Deborah and Phoebe) in leadership positions and has even made some women prophets—which almost by definition, involves preaching. On the other hand, although there were female prophets in the Old Testament, God, for whatever reason, limited the priesthood to men. In the New Testament, although Jesus had a remarkably positive view of women for his time, he chose only men for his inner circle of twelve disciples who would initially lead the church. And when Paul was giving qualifications for church leadership, he implied that the elders would be men. I am, therefore, not convinced that women should be senior pastors, but I don’t judge women who believe they are called to senior pastoral ministry. In that case I think Romans 14:1-13 may apply.

But I do not believe the Bible prohibits women from speaking or teaching in church (even from the pulpit) under the authority of church leadership. It is interesting that even such a staunch fundamentalist as Jerry Falwell allowed a woman (Joni Erickson Tada) to speak from his pulpit.

This is an issue on which godly Christian scholars disagree. You may disagree with the case for women preachers summarized above, but John MacArthur—whom I greatly respect—is clearly wrong when he says, “There is no case that can be made biblically for a woman preacher…”. 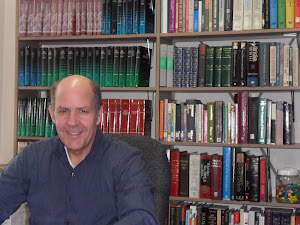 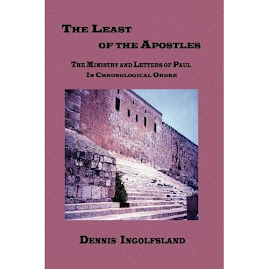 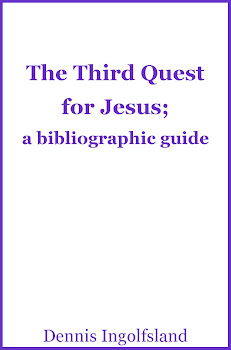